BIO
Born in 1979 in Athens (Greece) Billa Qause, enjoyed from an early age to push buttons that made sounds. At the age of 12 he started listening to hip hop and as time goes by to all various sounds of the afro american culture.
He grew up to be a hip hop instrumental producer-beatmaker, pushing pads now on his MPC – Sampler (Music Production Center).

At the moment he is releasing his fifth solo project “Zentai Teki Ni, The EP”. It’s an ethnic, trip-hop downtempo project based on his previous release “Zentai Teki Ni” but with a different approach. This time he experimented with new samples and vocals mostly from Thailand, Tibet, India, Japan and China all tied up over heavy bass lines and dub elements which created a darker atmosphere to the whole project.
For this project he collaborated with Vickda Kreed, MC Yinka, Elephant Phinix and Dj Madness Key.

In 1996 Billa Qause was the MC and producer for the hip hop group A.K.P.A. In 2002 together with DJ Mcd, they formed Neverland, chill out beats. Shortly after that, their first project entitled ‘DREAMS’ was released from Planetworks. In 2005 he was featured in the collection Sound of Everything ”Hellectronic 01” with the track ”Electronova” featuring Romeo Miller.
In 2009 his first solo album “Jazzova” was released from CAST-A-BLAST. In this project he collaborated with artists such as J.Melik, RSN, Nikos Martziokas and David Carlton.
The same year he participated in a compilation by “Multi Vitamins”, “MV16”, with the track ”Party”, while tracks “All Night” and “I Walk Alone” from the album “Jazzova”, were featured in compilations such as “Mushroom Jazz 7” and “Stephane Pompougnac: Night & Day”(2011). In the meantime, a free download album entitled “You Can Feel My Passion” was released.

In 2010 he meets Kill Emil and Elephant Phinix, and alongside with J. Melik with whom he has been a friend for years, they started making music all together, and the result of it was “Pad Trio + Elephant Phinix”. Pad Trio are Billa Qause – J.Melik – Kill Emil.
Wanting to release more music independently they created their own label by the name of “Beatquick” a record company that consists of friends that enjoy making music.
In April 2012 he released his second album entitled ‘E–Chop’ and at the same time he got into recording “Raw Sessions” with Pad Trio. “Raw Sessions” was recorded one take and the process of the recording was visualized thanks to Vber.

2013 finds Billa Qause participating in the compilations of the French label “The French Touch Connection”.
In the first compilation “Night Walk In The Past” with the track “Am I Blue” and in the second compilation “Microsillon” with the track “More Than You Know”. Meantime he is remixing Mr. Moods and Darkside track “Strange” and contributes to Beatquick’s Compilation entitled “We Like It Raw” with the tracks “Walk On By”, “Industry” with Elephant Phinix, Kill Emil, J.Melik and “Let the wheel spin” with J.Melik and Lady Faye.
B.Q. the same year contributes to another French Touch Connection compilation entitled “Mysterious Lane” with the track “Jusqu’isi tout va bien”.
Also in Sinoptic International’s compilation “Pure Dopeness Vol.8” side A with the track “People” and in Riddim Fruits records in the compilations “Cloud Watching Vol.1” with the track “Sabrosa” and “Cloud Watching Vol.3” with the track “5 O’clock in the morning, instrumental”
In July 2013 he released a video project in Nicosia, Cyprus entitled “On the Roof”. It was a live session with his mpc 2500, based on funk songs and samples, sound fx which he chopped and composed in a different arrangement.
Billa Qause later that summer meets Wolfy Funk Project, a musical collective of artists who, at that time, wanted to adapt hip hop elements to their music and as a result B.Q. became a member of the band (Djing-Beatmaking). Wolfy in 2014 released their first single, a 7”vinyl entitled “From Scratch” and Billa did a remix which is featured on that single.

In February 2014 he released his third album entitled “Zentai Teki Ni” which means All Around in Japanese, from Beatquick. A project which is based on downtempo, hip hop instrumental beats with clean rhythm samples. But for the first time B.Q. experimented with ethnic sounds and samples, traditional songs and chants, organs and vocals mostly from the Eastern World including countries such as Turkey, Pakistan, China, India, Japan, Morocco and more.
In the meantime the second compilation of Beatquick “Raw Sessions Vol. 2” was released and B.Q. contributed this time with 2 tracks. A remix to Mononome’s “Forgot about me (You)” and a collaboration with Mononome entitled “Novatropica”.
Later on 2015 he released his forth solo album, entitled Rest in Beats from ColdBusted. 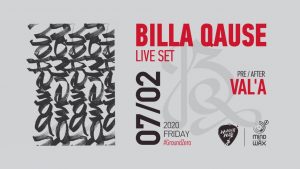 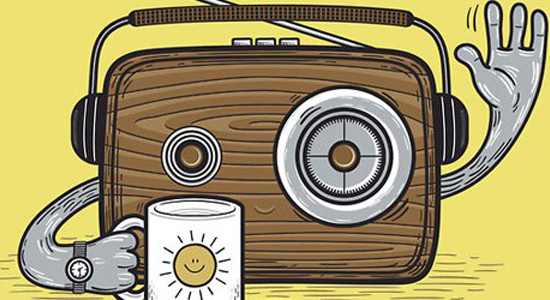