A very special guest from the south… mCurtis!

Friday 25/1 at WonderWall RoofTop & Bar the next Yellow king event will have mCurtis wearing the crown and grooving the place with upbeat and hop sounds.

¥mCurtis
Born in Heraklion of Crete Island and raised in both the city and the Matala sea side area. Started working as a radio producer/dj at the age of eighteen. Still working on the guest DJ zone of mousikokanali 105,1 fm.
In parallel to djing, he delves into production in 2012,while the next year he finds him-self at Dubspot DJ school at New York, working in a better production level – Mandarin Session EP . At 2013, Along with George Kanoupakis he forms the duet Cheese Royale, entering remix contests such as the Taiwan Mc’s Mojo Ryddim remix contest and the Major Lazer Aerosol can one, while presenting live sets of back to back Djing, using mpd and vinyl too.
The beginning of 2014 found mCurtis at the same line up with Dub inc. and Los Dos o Mas Band at Gagarin 205 music stage. An event that was added next to the Matala beach festival [2013], the Berlin party at Kulturfabrik [along with “The new implements of soul” Band and DJ Irmel Kid Border], Imagine the City festival at Crete, the Madeira/Portugal DJ sets and many more successful parties. His two last gigs in a concert stage was alongside with Imam Baildi @ Studio Concert stage [Aug14] and Dub Pistols @Studio Concert stage [June 9]. In 2015 , mCurtis (in the Cheese royale group) also did the intro/outro in festivals for bands , such as Baba zula, Nouvelle Vague and Villager of Ioannina city and was in the lineup of Secret Sound Festival alongside with Balkan Rydims, Soundproof and BnC, Booker, Hammond Classics, Panama Cardoon . His second EP came at the end of 2015 under the name “Bop ma step” while at the mid of 2016 he released also a remix on Gramatik’s – “Anima mundi” sound (both mixes in a Japanese style orientation). That Actively djing all this time he has shared the decks with djs/producers like like Fleck, Jon Kennedy, Hugo Kant, Cayetano, Mononome, Poldoore, Funky Notes, Dj Sickhead, Dimitri Papaioannou, S Strong, Funkanizer, Anna Mystic, Insom, to name a few.

¥The Yellow King…
…started as a side project by the “northen” Antilopes ( https://www.facebook.com/theantilopes) in 2016 and was based on the idea of a way to do regular DJ sets that allow us to experiment with new sounds and ways of presenting them.
The second year finds the project invited to wonderful places like Wonderwall. This year the main theme is to pass the crown to as many guest DJs we can, thus expanding the personality of “The Yellow King” 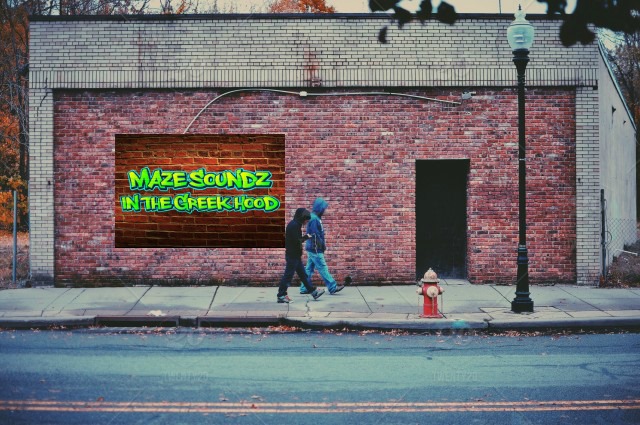